Christian Bautista as the Prince Charming: A Re-post

According to Rem Zamora, assistant director of the production, “Bautista was handpicked from among many known singer-actors. 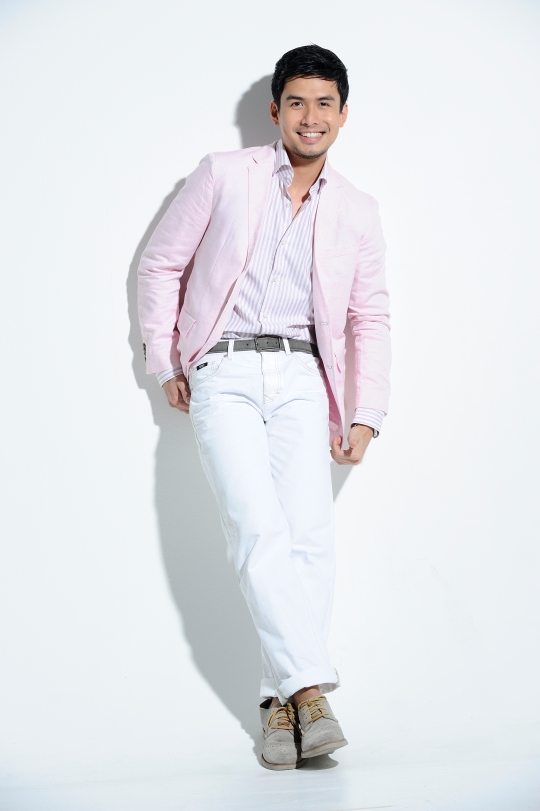 NEWPORT CITY, Pasay, Philippines – The country’s premier one-stop, non-stop tourism and entertainment capital brings together the biggest and the brightest stars from here and abroad, particularly the proudly-produced Filipino world-class musical talents, which kicks off on June 1 at the state-of-the-art Newport Performing Arts Theatre. 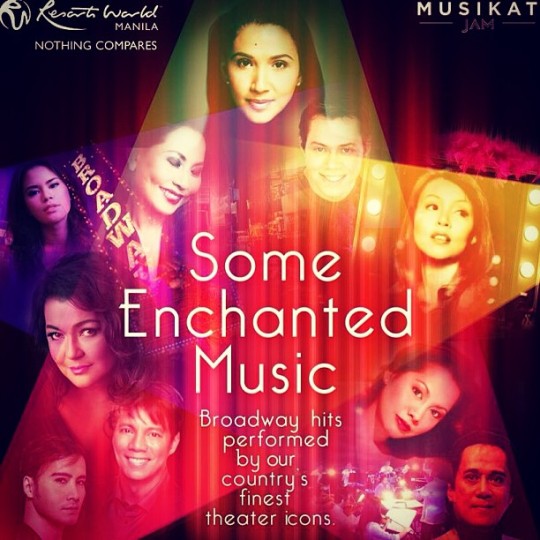 Broadway’s greatest hits will be featured in this one-night extravaganza of songs.

Apart from that Broadway musical date, on June 4, there will be evening of pure class as ‘All That Jazz!’ comes with the local Jazz artists Bituin Escalante, Arthur Manuntag, Lynn Sherman, and Mel Villena to provide glitz onstage with the AMP Big Band and the Resorts World Manila dancers at Taps, located inside the exclusive Genting Club.

Then On June 5, some of the country’s premier lead performers to bring dramatic excerpts from the world’s greatest acts to life with ‘Best Of Opera’ with world-class leads Noel Azcona, Adam Diegel, Arthur Espiritu, Andrew Fernando, Maria Rachelle Gerodias, Margarita Gomez-Giannelli, Cammille Lopez-Molina, Mako Nishimoto, Victoria Wefer, and Magdalena Wor converge and leave audiences in awe with their vocal classical calisthenics. ABS-CBN Philharmonic Orchestra under the baton of Maestro Gerard Salonga with Viva Voce, Nonon Baang and Fame Flores will also be part of the said show. More musical treat continues on June 6, as Lani Misalucha serenades her audiences with her soulful brand of music via ‘One More Time’. While on June 7, to provide total musical experience, Resorts World Manila brings one of the country’s most influential rock artists, the former Rivermaya and Bamboo frontman Francisco ‘Bamboo’ Mañalac via ‘Rock with Bamboo’ with opening act Draybers Band. And on June 8, the festival of musical delights, Malaysian chart-topping singer-songwriter Eric Moo will cap off with his world-class act via ‘Come Back to You’ concert series.

Resorts World Manila, Ultimate Entertainment end ‘The King and I’ with a Bang 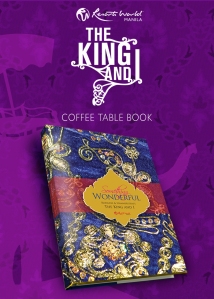 The coffee table book is titled ‘Something Wonderful’ based on the song sang by a character of Lady Thiang in the musical. Photograph courtesy of Resorts World Manila.

NEWPORT CITY, Manila, Philippines – The longest-running Broadway musical staged in the country, ‘The King and I’ mounted by Resorts World Manila and Ultimate Entertainment ended its production with a double treat via its launching of the ‘Something Wonderful’ coffee table and had its last shows with the two Annas and Kings—Menchu Lauchengco-Yulo, Shiela Valderram-Martinez, Nonie Buencamino and Bo Cerrudo, on separate dates.

On Tuesday, May 21, Resorts World Manila and Ultimate Entertainment created another milestone in their production of Rodgers and Hammerstein’s ‘The King and I’ as it launched ‘Something Wonderful’ coffee table book on the third level of Genting, Maxim’s.

The said colourful books chronicles all the efforts of the whole 8-month run of the all-Filipino production, which features an anthology of photographs from shows, the performers, as well as the backstage personalities that made the months of mounting possible and successful by collectively working together.

During the launch, selected cast members of ‘The King and I’ performed some memorable production numbers. Gina Respall who is one of the Lady Thiangs opened the event with a song ‘Something Wonderful’. The two Annas—Menchu Lauchengco-Yulo and Sheila Valderrama along with the two Kings—Nonie Buencamino and Bo Cerrudo performed ‘Getting to Know You’ with the kids, too.

‘Something Wonderful’ coffee table book is designed by the award-winning visual communications agency Studio 5. It captured the moods and the ambiance of what went on and off the stage during the almost a year performances or run and also showcased the profiles of men and women behind this phenomenal hit show.

Apart from the effective tandem of Lauchengco-Yulo and Buencamino, Valderrama-Martinez and Cerrudo also provided their Saturday afternoon and evening audiences with equally engaging chemistry, which was not seen in the first King and Anna. Both elicited ‘giddiness’ and hooked the mixed crowd they had with their respective portrayals of Anna Leonowens and King Mongkut. 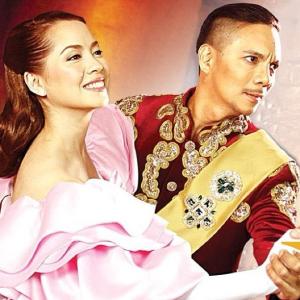 Cerrudo may not have chosen to be bald and didn’t follow suit on how Yul Brynner had depicted the King’s character he still exuded the kind of authority of a Siam King. Valderamma-Martinez’s take may at times reminiscent to Gertrude Lawrence’s Anna. Though only nuances of attraction toward each other were shown between the two characters, at least they were able to break the ice and engaged their audience of the connection or bond that the two actors created.

All the kids in the said production have remained endearing in their scenes despite some struggle in enunciating well their lines. But Anton Posadas playing Prince Chulalongkorn and James Gabriel Ketcher as Louis Leonowens have matured in their interpretations of their respective roles. Gina Respall as Lady Thiang still never fails to enchant her audience with her powerful voice. Marian Santiago and Chuck Marbella as Tuptin and Lun Tha were emotionally intense in their scenes together.

‘The King and I’ bagged the 2012 Aliw Award for Best Musical Production.

Also, all National Bookstores nationwide made available the ‘Something Wonderful’ copies with its suggested retail price at Php3,500. Also, the said publication can be purchased during the last leg of performances of ‘The King and I’ on May 24, 25, and 26. 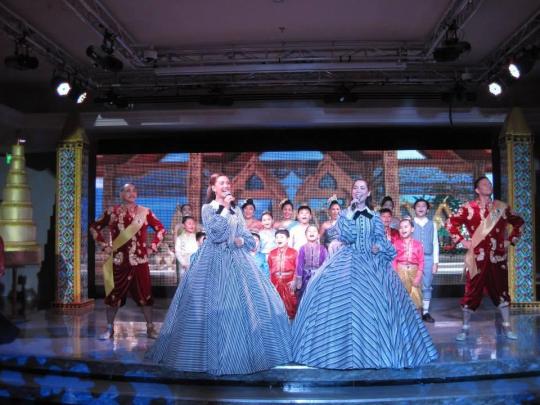 For further information, visit www.RWManila.com or contact Tourist/Visitor Hotline at (632) 908-8833.