The show ran for eight months, which premiered in February of this year.

In a blog conference held three weeks ago, Martin had the chance to express his gratitude for having done the said project on television. Apart from the fame it brought him, he feels fulfilled for the advocacy programs that the series has done during its run.

Like his character, when Martin was asked if he were to choose from the weapons that his ‘Bakal na Cruz’ gets to transform, which would he most likely resonate with; and he was quick to answer: “It’s the shield.

“To my loved ones, I’ve always been their shield from all the challenges in life. I also like playing the ‘shield’ to protect my loved ones.”

He may likely have that Messianic attitude, but for sure his heroic acts don’t go to waste as well as his effective portrayal of the role.

And despite the successes he is enjoying, Martin remains a humble individual and still maintains his good relationships with the people he has worked with especially the people behind the cameras.

Join him and the rest of the cast members in tonight’s conclusion of the said series.

Though being compared to the ‘Pretty Little Liars’, GMA-7’s ongoing teleseries titled ‘Dormitoryo’, which stars Lauren Young, Joyce Ching, Winwyn Marquez, Ruru Madrid, and Enzo Pineda—the said Sunday afternoon suspense-thriler-drama provides a fresh take of spending the said weekend with the family with quite a ‘twist’. 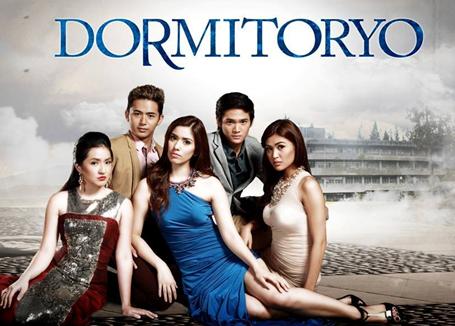 Young, plays Hazel Mendoza, the incoming freshman student at Branwood College; seeking answers to her friend’s mysterious death—was quick to defend their show, “It has a more Filipino flavor and quite far from ‘PLL’.

Playing her two leading men are two of the equally promising male stars—Madrid and Pineda as Charlie and Burn, respectively.

After portraying the role of Omel in ‘Bamboo Flowers’, an entry in the recently concluded Sineng Pambansa National Film Festival All-Masters Edition, Madrid said that his role here is much challenging, “I have to do more research and study how exactly ‘nerdy’ people act.”

On the other hand, when Pineda was asked if he were to choose between being a vulnerable and gullible, he chose the former for he believes that being an actor—he should be one.

In this day and age, preparing food for your loved ones as well as for yourself especially if one’s schedule is really tight—it quite challenging. After watching ‘She’s the One’, the film that features Bea Alonzo as the lead actress—I was convinced that cooking requires some efforts; but if she had Bounty Fresh’s TOP TORiKATSU—she may have breezed it since it’s ideal for people like her who’s on-the-go all-the-time. 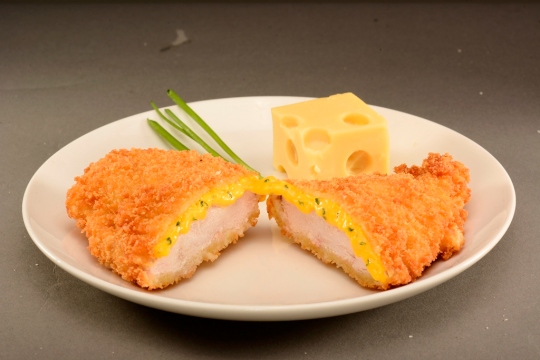 Such breakthrough from the usual chicken nuggets that already proliferate in the market like those offered in fast food chains, Bounty Fresh’s TOP TORiKATSU is freshly frozen and easy to cook, but full of stuff that one can savor in a quick bite.

How to prepare it?