I’m Letting Go of You

At times, heartbreaks really bring too many things to people and it did to me as well. 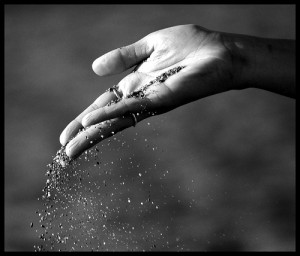 I wrote a poem back then in 2013, but I would say–this piece was originally intended to the one person I have loved, deeply.

To add, according to Deborah Reber of Chicken Soup for the Teenage Soul: 101 Stories of Life, Love and Learning said, “Letting go doesn’t mean that you don’t care about someone anymore. It’s just realizing that the only person you really have control over is yourself.”

Today, I embark on a different journey as a musician-composer-and-arranger-friend Pipo Cifra helped me with the poem and made it into a song and interpreted by Adrian Lindayag.

The title of the song is ‘I’m Letting Go of You’ and we entered it to the Philippine Popular Music Festival, a songwriting competition open to all amateur and professional composers who are Filipinos or of Filipino descent residing in the Philippines.

Women usually have an average of 15 pair of shoes from ages 13 to 16 and this includes sneakers. For women who are already working or maybe from 16 to 21, they own around 25 to 40 pairs. However, none can beat a Filipina, who was once the First Lady of the country and exiled in 1986, no other than—Imelda Marcos. She used to own a massive number of 3,000 pair of shoes, which at this time were already distributed in several agencies for display in museums and others were damaged due to flood water and termites. 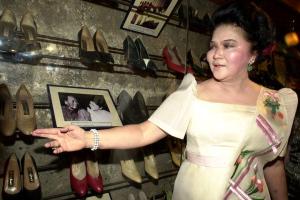 The former First Lady of the Philippines, Imelda R. Marcos shows-off her shoes.

Since February is a historic month for Filipinos, I would like to reflect on how the EDSA People Power Revolution has shaped all of us as a nation. 28 years ago, this nation fought a 20-year dictatorship of the Marcos regime. Yes, Imelda Marcos’s attachment to shoes has tainted the image of our country.

Behind Imelda’s lavish lifestyle was a nation’s deep state of poverty.

Yes, there might be this notion that every time a woman buys a new pair of shoes—it creates that illusion or magic like that of Cinderella—the certain ‘newness’ of feeling. Personally, I do not subscribe to the idea of being ‘too much’ attached to shoes like Imelda Marcos did. Perhaps, Marcos at the time when she wears a particular shoe–it provided her different moods or emotions and it makes her important, more dignified looking, but it left a different kind of portrayal as a woman.

My point is, acquiring shoes is all right but when we make shoes define ‘who’ we are, that is already alarming.

Russell W. Belk of University of Utah wrote in a research paper ‘Shoes and Self’ (2003): “Shoes are liminal objects that keep us pure and apart from the excremental contagion of the earth. Whether dancing, running, skiing, jumping, or presenting a cultivated self-image, our footwear is an indispensable part of our lives.

“…Ballet dancers keep garbage bags full of old, functionally useless toe shoes, women keep closets full of shoes they will never wear, and men keep closets full of athletic footwear that has long since ceased to be usable. As such clinging to these useless possessions suggests, shoes act not only as temporary carriers of our identity in the contexts in which we wear them. Rather, shoes move from being identity prosthetics and props for self presentation to being seen as inseparable parts of our extended selves.”

As a shoemaker, I personally recommend that women don’t have to stop acquiring shoes, but let it not be the reason to eat or consume the ‘goodness’ inside each woman. If a woman wants to have elegance, I must say it all starts from wearing the right attitude and not having twisted perception of what the word is all about.

Let me borrow, Diana Vreeland’s words: “The only real elegance is in the mind; if you’ve got that, the rest really comes from it.” 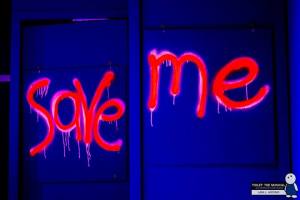 Manila, Philippines–To talk on the big white phone (to vomit into the toilet), a slang term, has inspired composer and lyricist Ejay Yatco (“Sa Wakas,” World Championships of Performing Arts) to create the new musical titled TOILET. If young audiences enjoyed “Grease,” Disney’s “High School Musical,” Disney’s “Camp Rock,” and FOX TV’s “Glee,” Blue Repertory’s TOILET, would most likely to succeed, too, given further tweaking. If improved, TOILET could attract more young audiences to come to the theater since the musical aims to address the everyday struggles of young adults.