The 39-year old Star Magic artist and an ultimate heartthrob of today’s generation, the actor-musician-model-record and film producer—Piolo Pascual will be heading a close to a 100 Star Magic artists to partake in one of the most anticipated, star-studded charity fun race dubbed as ‘SUNPIOLOGY RUN: Sugar Wars’, set tomorrow, November 19 at sunset Camp Aguinaldo in Quezon City. 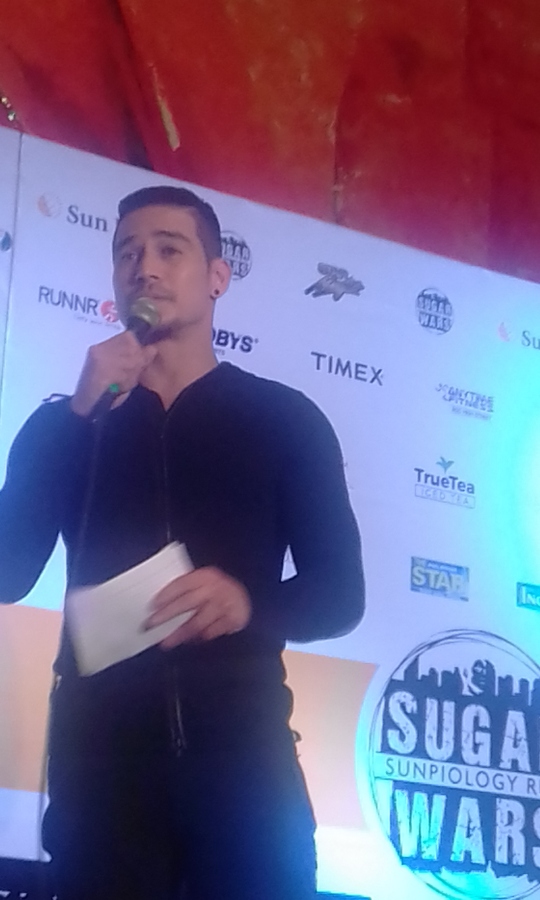 The said initiative is spearheaded by Sun Life of Canada (Philippines) Incorporated as it focuses on preparation and prevention as keys to living a robust life. As the country’s top life insurer, it offers three initiatives that are empowering—as they are financially-rewarding: a comprehensive health protection product named ‘SUN Fit and Well’; and a free and informative wellness community called ‘Go Well’. 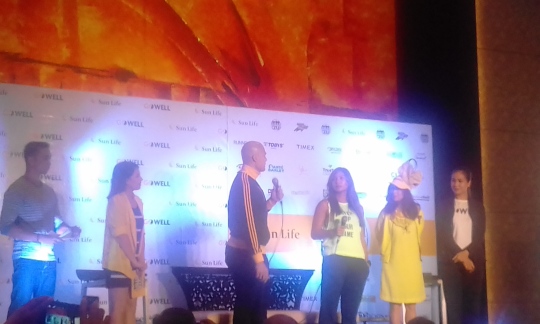 Embodying the message of ‘Go Well’, five ambassadors proved that passion and determination can pave the path to a healthy lifestyle. Apart from the inspiring health story of Pascual, he is joined by Rovilson Fernandez, Bubbles Paraiso, Jaymee Pizarro, and Tessa Prieto-Valdes as among the five ambassadors who reflect that passion and determination to having a healthy life, which is the primary vision of “Go Well’. Their stories can be viewed in the official website as well as facebook and Instagram (@gowellph) accounts.

‘Go Well’ is a community with a website that provides nutrition tips, exercise ideas, and content about a more mindful life. But more than just an online community, its members can enjoy discounts in partner establishments, as well as free access to regular community classes featuring the hottest fitness trends.

Also according to Sun Life’s chief marketing officer Mylene Lopa, “‘SUN Fit and Well’ provides coverage for 114 critical illnesses and can help replace funds used for diagnostic procedures and check-ups. But more than a usual health insurance, it provides benefits to keep customers healthy and well. It is available in limited pay and Advantage variants, which includes hospitalization and follow-up care with a specialist.” 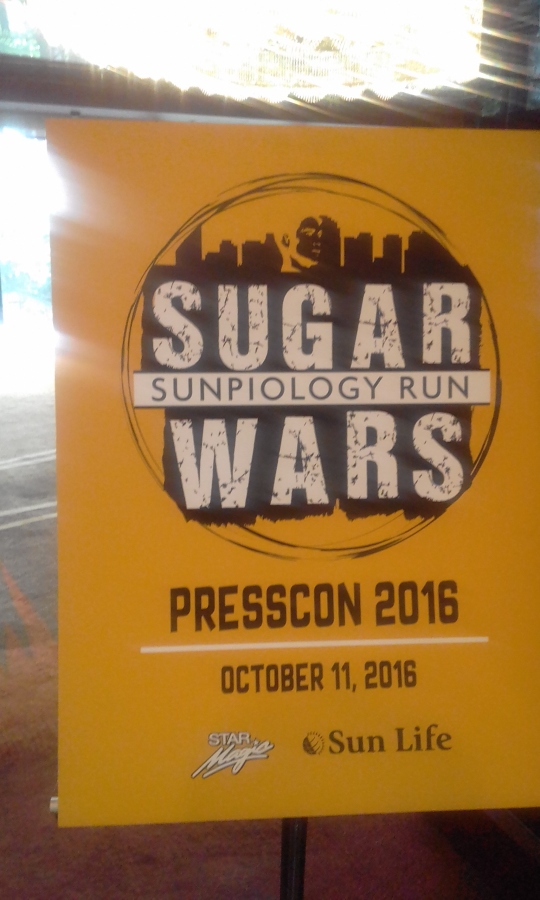 The Philippines being declared as a diabetic hot spot, ‘Sugar Wars’ pushes for an active lifestyle as one of the best deterrents against this debilitating disease. Participants can choose from distances that include a 500m walk/dash for kids and adults (Php350); 3K (Php700); 5K (Php800); and 10K (Php900). Being an obstacle course, four ‘battle stations’ help facilitate better understanding about this particular illness.

The said fun race launch was held at the Visayas Ballroom of Sofitel Philippine Plaza on October 11, hosted by Boom Gonzalez and Tippy Dos Santos.

For more information about the event and its future health-related activities, visit SUNPIOLOGY RUN: Sugar Wars via www.sunpiology.com.

Matteo Guidicelli celebrates 10th Anniversary with a Concert in Cebu

The 26-year-old Cebuano singer-actor, model, go-kart racer and triathlete Matteo Guidicelli will be celebrating his 10th anniversary in the entertainment industry via a concert titled—‘Matteo: Made in Cebu’ tomorrow, November 18 at the Waterfront Cebu City Hotels and Casino. 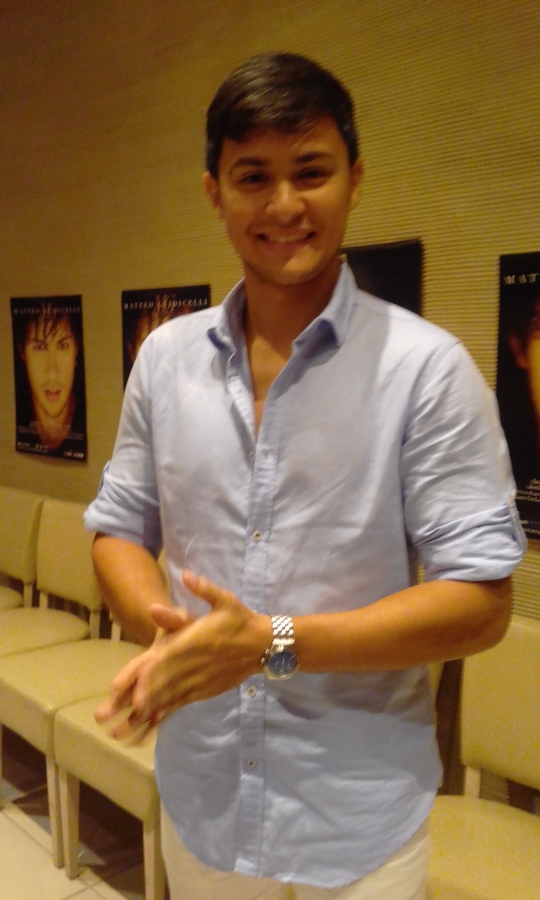 Guidicelli posed during the press launch of his concert.

The concert will be for the benefit of Kythe Foundation, a non-stock, non-profit organization that supports children with chronic illnesses. Such endeavor is just another ‘giving back’ efforts of Guidicelli. Also, he chose to stage the latest concert in Cebu, (almost a year after his first solo concert in Music Museum), “Because it is my home province and it is where I started—it is just but appropriate that I give back by saluting Cebu and its pride.”

He will be performing with Cebuano performer Kurt Fick, the singer behind the song—‘Hahaha Hasula’ (Such a Hassle). Also in performing in the said show are the Concert King—Martin Nievera, Soul Supreme KZ and the G-Force Dancers.

Rowell Santiago directs the show along with Louie Ocampo as musical director.

Purchasing tickets for the show will entitle the audience a ticket for a Ford EcoSport Raffle. For more information, log on to Ford Philippines’ facebook page.

Maja is Back via Her Third Concert

On Saturday, November 12 at the Music Museum, the Dance Princess—Maja Salvador is set to return onstage for her third concert titled—‘Only Maja’, which is exactly a year after her last. 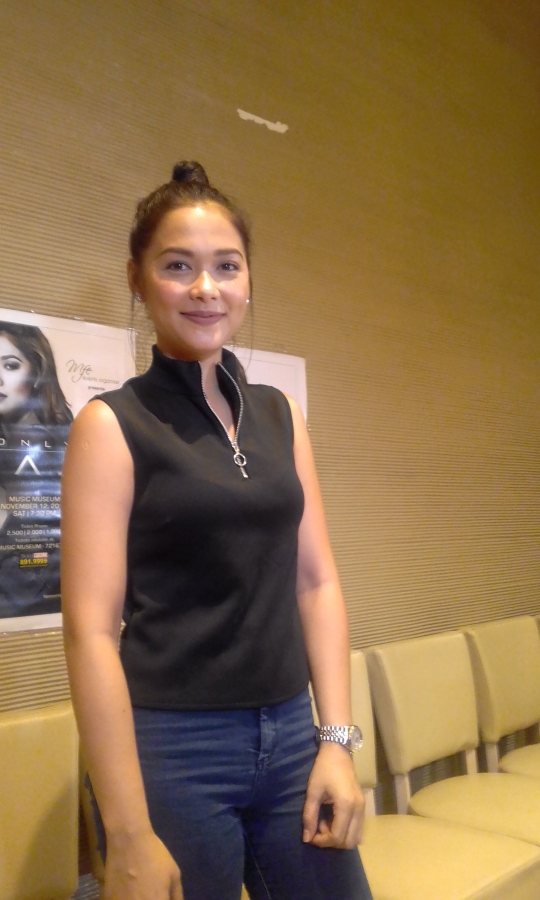 From a larger venue like Mall of Asia Arena in Pasay where Salvador had her second concert dubbed as ‘Majasty’, she is moving to a more intimate venue as she is bringing together a bit of her performances in her show last year. She will be taking on a number of solo dance numbers. 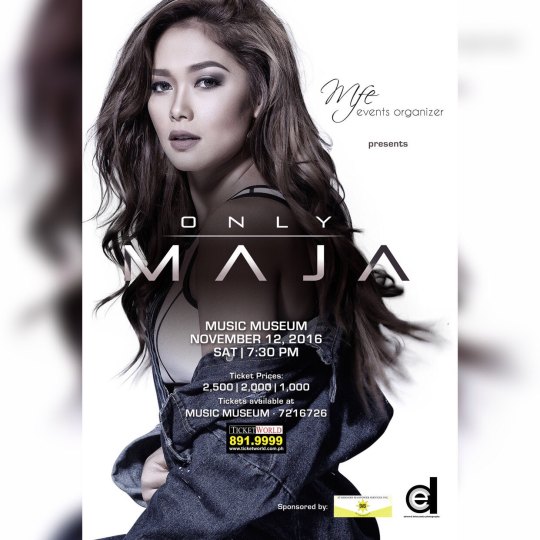 Proven as a reliable actress as her previous TV series with Jericho Rosales and Paulo Avelino titled—‘Bridges of Love’ is nominated at the International Emmy Awards this year, competing in the Best Telenovela category alongside other nominees from Canada and Brazil; she will be spotlighting her singing. Parts of her show’s repertoire are songs from her well-received albums—‘Believe’ and ‘Maja in Love’ plus the recently launched single titled ‘Haplos’.

Among Maja’s closest friends, two equally gorgeous actors—Rayver Cruz and Enchong Dee will be performing with the young actress-turned singer-and dancer. Surprise guests will also be appearing during the show, which will definitely be a treat for the star’s fans and viewers alike. 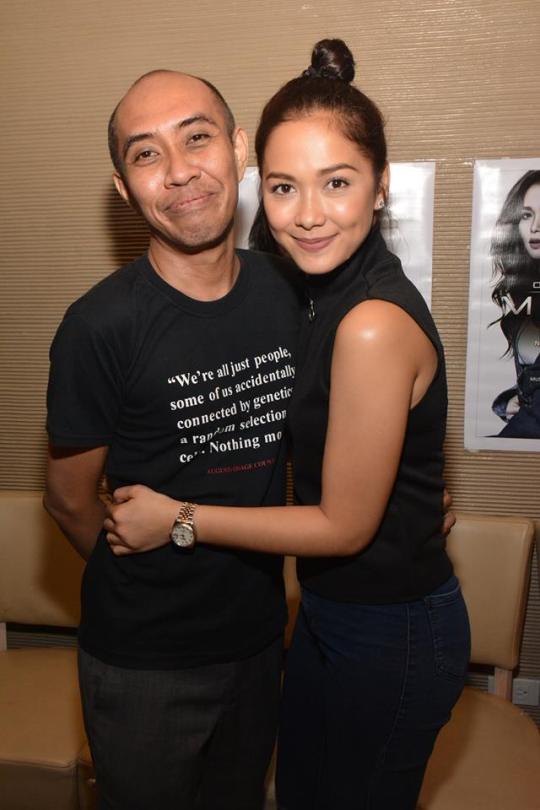 Maja gamely posed for a memento shot with one of the bloggers (which happens to be the writer of this article). Photograph is courtesy of Sany Chua.

‘Only Maja’ will be directed by Johnny ‘Mr. M’ Manahan and its musical director is Marvin Querido.

Presented by MFE Events Organizer; tickets are available on TicketWorld or at Music Museum at (632) 7216725.