Being positive about the film—‘Haunted Forest’, her production outfit has done in time for the Christmas season and the annual Metro Manila Film Festival (MMFF)—Regal Entertainment Incorporated matriarch—Lily Monteverde expects box-office success as she sees the new generation audience—the millennials are thrill-seekers. 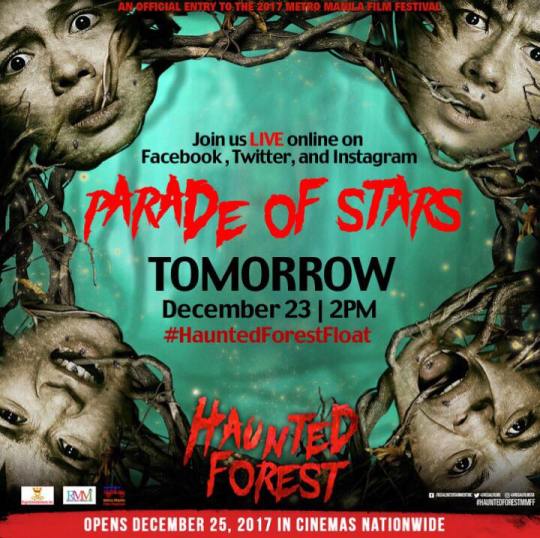 Back in 1988, the company has produced and created one of the biggest horror flicks in Philippine cinema history with the winning tandem of Peque Gallaga and Lore Reyes as directors of ‘Tiyanak’ which starred Janice de Belen. Three years later, another film came to the fore with still the Gallaga-Reyes team-up as directors for the third installment of ‘Shake, Rattle and Roll’; and left an unforgettable creature called ‘Undin’, a water-nymph sea creature in its third episode titled—‘Nanay’ with Manilyn Reynes as the lead star.

Despite the strong competition that stands in the way for the film’s success in the upcoming MMFF 2017; like her mother, seasoned producer Roselle Monteverde is confident about the unique charm of the ‘Haunted Forest’ to attract the moviegoers come on Monday, December 25—Christmas Day.

“We assure you that this is not just your typical jump scare movie because ‘Haunted Forest’ is a film that you have to think about per scene in order for you to feel the horror,” according to its director, an international award-winning filmmaker Ian Loreños. 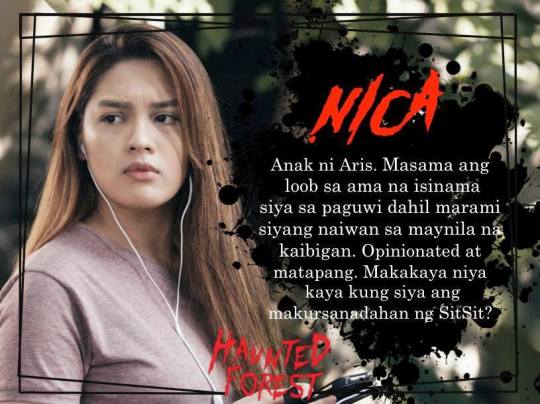 In the film written by Jeps Gallon, a new creature will be introduced to make the scary experience of its audience complete. Its story revolves around the father-daughter relationship of ex-Manila policeman Aris (Raymart Santiago) and Nica (Jane Oineza) and the mysterious haunted forest where a dark creature called ‘Sitsit’ resides. 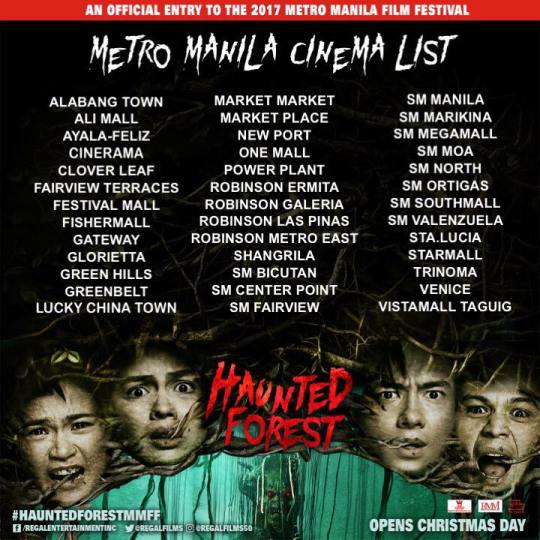 ‘Satan’s Slave’: A Better Horror-Themed Movie to Watch as Opposed to a Dumb Teacher-Centered Flick

Frankly, there are two films that opened this week—the first is the Indonesian horror movie titled—‘Satan’s Slave’ and that former Cinemalaya entry—the ‘embarrassing-to-watch’ ‘Ang Guro Kong di Marunong Magbasa’. Obviously—even if ‘Satan’s Slave’ is a foreign flick—it is more appealing than that of the Perry Escaño amateurish and messy storytelling piece. 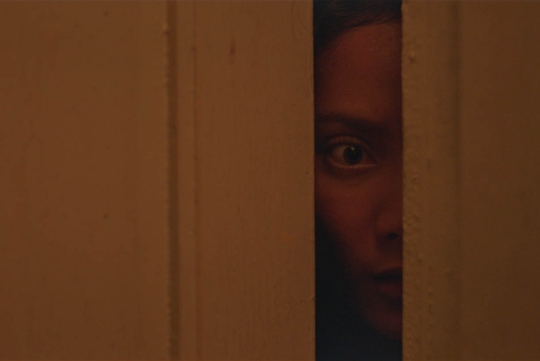 Originally, the Joko Anwar film was titled ‘Pengabdi Setan’ and horror film buffs may mistake this as a remake of 1976 British independent horror film written by David McGillivray, directed by Norman J. Warren; but is not. Though it could be a revised version of another Indonesian 1979 film with the same title of ‘Pengabdi Setan’, too or  ‘Phantasm’, a 1979 American horror film directed, written, photographed, co-produced, and edited by Don Coscarelli. 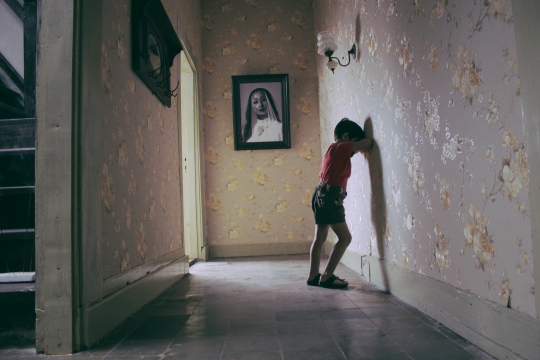 Well, this 2017 Asian horror movie is one that could be compared to ‘Conjuring 2’ (2016) and ‘Annabelle: Creation’ (2017) because of some scenes that are reminiscent of the two aforementioned American blockbuster horror flicks.

Perhaps what could make Filipino moviegoers find this eerie flick interesting is its ‘family-themed’ plot.

Rini played by Tara Basro, being the eldest of her siblings; she took over the responsibility of looking after her three younger brothers—Tony (Endy Arfian), Bondi (Nasar Annuz) and Ian (M. Adhiyat) while their father (Bront Palarae) has gone to work to away from them. This happened after their mother passed away mysteriously due to an illness that lasted for almost three years.

While their father was away, strange things occurred in the house as an entity mimicked their mother (Ayu Laksmi). Through the help of Hendra (Dimas Aditya)—Rini uncovered a shocking story that will haunt her and the rest of the people she loves.

Though there were some Islam practices presented in the film, still it left some questions unanswered and confusing. Also, what is quite contrary is the piece of advice that was given to Rini that the evil cannot penetrate or deafeat them as long as they all stick together in love. It might leave the audience confuse why Rini along with her father and her two other brothers had to leave behind Ian.

As a whole, ‘Satan’s Slave’ has all the elements of surprise and has that keen way of scaring moviegoers, which has some semblance and sensibilities that Filipino horror flicks have. But as a whole—it is something that moviegoers would enjoy just the recent Star Cinema’s ‘The Ghost Bride’.