Competing head-to-head in the box office, which opened on Wednesday, June 27 in cinemas nationwide were the two films—the QCinema 2017 entry ‘The Write Moment’ and the 2018 American romantic-drama ‘Adrift’. 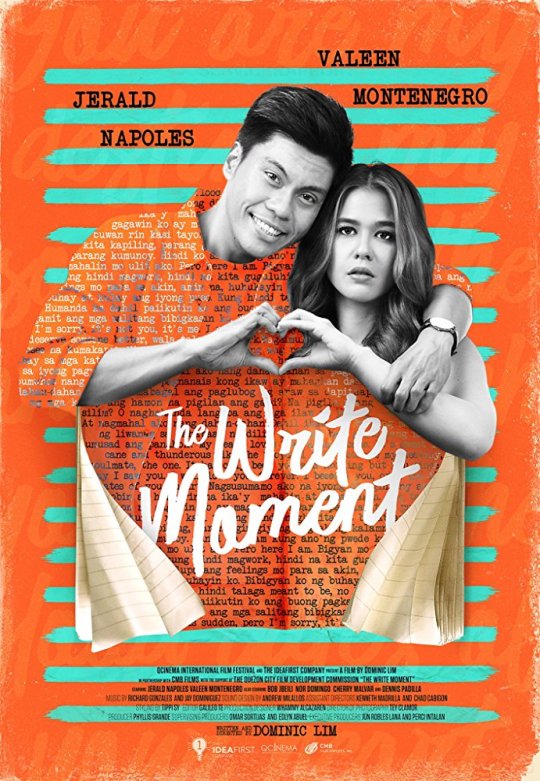 The former being a local production stars theater artist-turned comedic actor in mainstream films—Jerald Napoles with Valeen Montenegro as Dave and Joyce, respectively; while the latter as a foreign-distributed film features Shailene Woodley and Sam Claflin play Tami Oldham Ashcraft and Richard Sharp, which is based on a true story.

‘The Write Moment’ take the moviegoers to the kind of love story that Napoles’s character as Dave is a heartbroken writer who tries to get back with an ex-lover through his romantic comedy ‘hugot’ script but fails; he finds himself magically living-out the scenes he has written instead. He’s forced to follow everything verbatim-or else face being stuck in an existential loop of scenes that repeat over and over again. If Dave is trying to redo what he wants his love story to end up; Woodley after she woke up in the aftermath of the storm that she and her boyfriend Richard have gone through with 40-foot waves and 140-knot winds in the film ‘Adrift’, she has to find the strength and determination to save herself and the man she can’t see herself living without.

Both films offer love stories. Though, the four characters in the two films may have struggles that could be unexpected in most romantic-drama and romantic-comedy flicks. But what is more important is that they have loved and they fought for it.

Fiber Health: Your Daily Ally in Making Your Body Healthy

Getting healthy is one primary concern for humans these days. The question is how, especially when people eat too many stuff that are no longer healthy, to begin with? 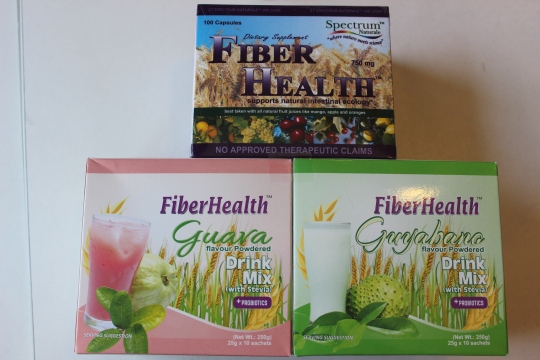 Most people do take food supplements that provide vitamin D, calcium, and other nutrients but fiber doesn’t get much attention or spotlight as opposed to the most popular ones. A saying has gone been accepted by many, that of—‘you are what you eat’; but the counter to that is actually—‘you are what you digest and absorb’.

A lot of people may have been eating healthy food as part of their chosen diet, but still end up sick and all. It is because their bodies lack the needed fiber in order for their system to function properly and detoxify. 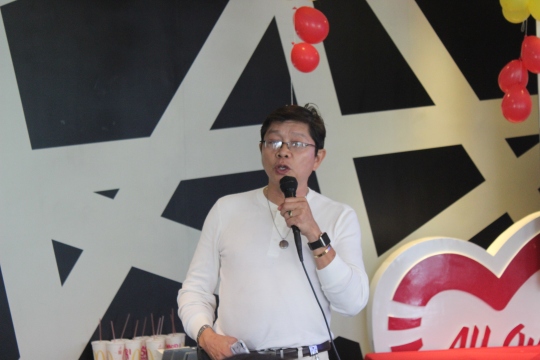 As the chief executive officer of Spectrum Naturale—Engineer Victor Lim puts it: “Toxic overload will trigger any form of cancer.

In an article from Healthline.com, it says: “The recommended daily intake of fiber per day according to the American Heart Association—it should be 25 grams per day on a 2000-calorie diet for adults. The number may also depend on age or sex. For women under 50: 21 to 25 grams per day, while men under 50: 30 to 38 grams per day, and children between ages 1 and 18 should eat 14 to 31 grams of fiber per day, depending on their age and sex. Even higher fiber intakes, seen in countries around the world, may significantly reduce chronic disease risk.”

Other products are—Fiber Health Powdered Drink Mix in two variants—Guava and Guyabano (Soursop in English). Fiber Health is both FDA and BFAD-approved. To know more about the product, check its facebook page.

On Thursday, May 31, at the Viva Films’ headquarters in Ortigas Center, the five feet and seven-inch tall Miss International 2016, Kylie Fausto Verzosa was recently introduced as the new female face of Thai Royale Spa.

Verzosa was already eyed by the owners to be the next face of the brand even right after the beauty queen was crowned Miss International. It took them quite a while to wait, but finally she made her commitment to endorse this massage business that was started by the husband-and-wife entrepreneurs.

According to the sixth Filipina who went home with the Miss International crown, “It ibecause of their philosophy of giving good service to other people that made me convince to accept the offer.”

Like anyone else, the Baguio beauty-turned-actress and now a Viva talent; she believes that frequent visits to Spa do create both mental and physical health benefits. Based on studies getting regular massage in spas like Thai Royale Spa—directly correlates with better quality sleep, fewer sick days, reduced absenteeism from work and fewer hospitalizations.

Today, the massage business has grown to 70 branches and still counting. It is a proud member of Wellness Organization Worldwide (WOW) and one of the few that is certified by The Union of Thai Traditional Medicine Society (International Body Work Training Center) in Bangkok, Thailand.

It offers a variety of massage services and body treatments. Clients are treated to a luxurious massage at an affordable rate and with great ambiance at the same time. Massages like Thai, Swedish and even Back and Foot are just among the services available in each of its branch. Treatments like Body Scrub Salt Glow, Microdermabrasion Diamond Peel and Facial+Diamond Peel are also being offered.